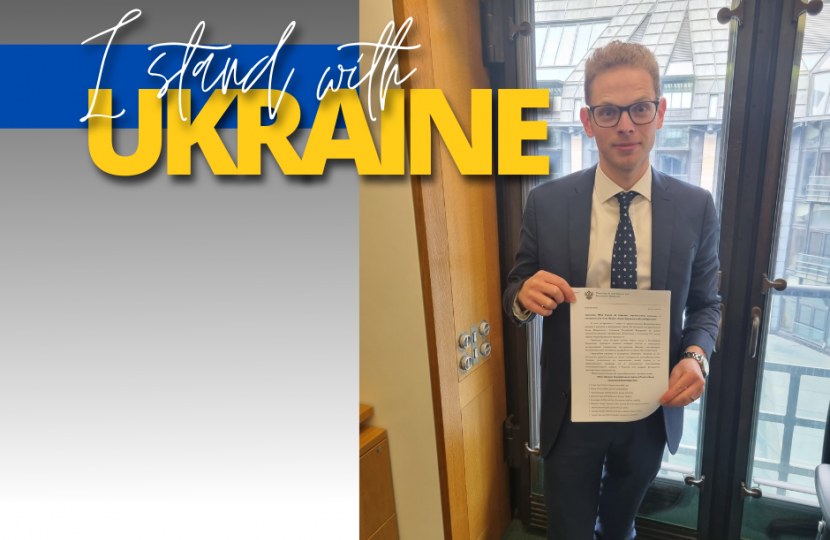 Jack Brereton MP is one of 266 sitting MPs who have been sanctioned by the despicable Russian regime.

"I have just received the news that I have been sanctioned by Russia.

This latest attempt by the Putin regime to intimidate British members of Parliament including myself are totally pathetic.

It seems there are not new lows they won’t sink to and I will wear the sanction against me as a badge of honour.

Personally, I have no desire to visit a country dictated by such a sad regime.

No attempts by Putin’s barbaric regime will silence us in calling out the disgraceful illegal actions of Russia against the Ukrainian people. We stand with the people of Ukraine."

The House of Commons Speaker, Lindsay Hoyle MP, is also amongst those to receive sanctions.

When learning of the sanctions whilst in Parliament, Speaker Hoyle said: "I am alarmed to hear what has been reported to the chamber. Rather than give a knee jerk reaction now, I'm sure the government will be rapidly assessing the implications of this move. I am therefore asking the government to keep me and the house authorities briefed on this very important issue."