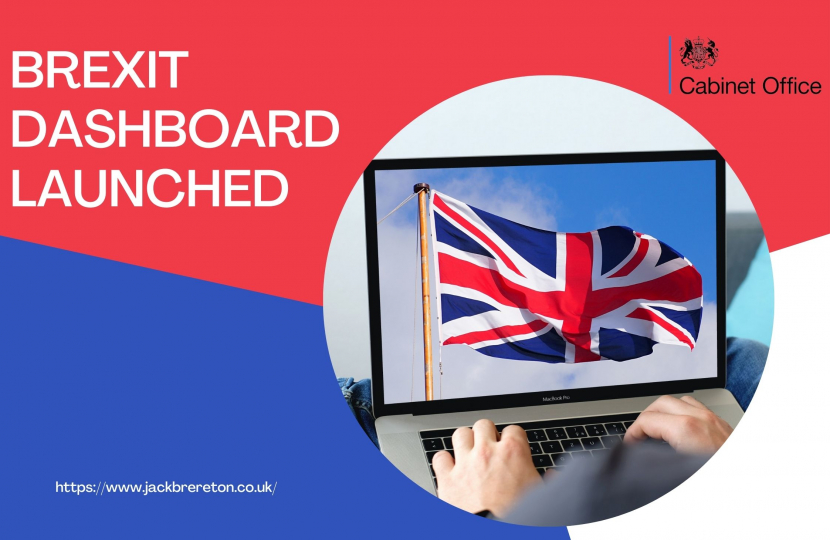 In 2021 the Government announced a review into retained EU Law (REUL) to determine which departments, policy areas and sectors of the economy contained the most REUL.

People across the United Kingdom are being asked to provide feedback on the specific regulations they would like to see amended, repealed or replaced.

“Since leaving the EU,  the Government and parliament have had a huge task looking at EU laws retained since January 2020. One of the benefits of leaving the EU is that we are able to slash the large amount of red tape that came with EU membership.

During the Brexit campaign, residents, and business owners, outlined their frustration to me that the EU was not only able to impose new laws upon the UK but the sheer number of laws being imposed. There is no doubt that the number of EU laws got totally out of control and now we have left the EU, it is time to say goodbye to pointless red tape making the most of our new held freedoms.

We can enact real change which improves people’s lives and helps areas like Stoke-on-Trent to succeed and prosper. I want residents and business owners in Stoke-on-Trent South to be a part of this positive change. I am urging individuals to look at the Brexit Dashboard and have their say.”

The Government has launched the Brexit Dashboard which allows people to easily navigate through REUL data. This easy to explore dashboard gives power at the fingertips to REUL and have your say in the ongoing big decisions that shape our lives.

You can access the Brexit Dashboard using the following link:

Send your suggestions to: publiccorrespondence@cabinetoffice.gov.uk