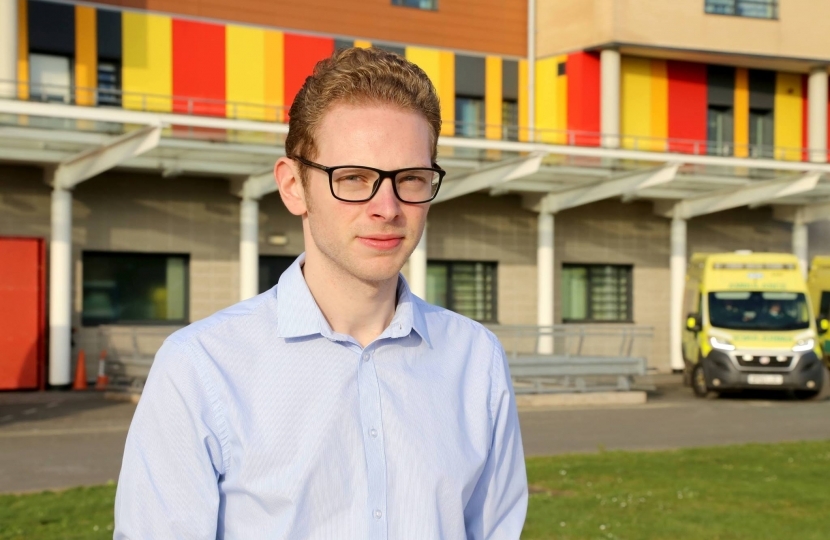 Health Minister Edward Argar has agreed to meet Stoke-on-Trent’s MPs to discuss the finances of the Royal Stoke following a concerted lobbying campaign.

Replying to a debate on the NHS Funding Bill, Mr Argar said:

“The Secretary of State was recently a welcome visitor to the Royal Stoke and he will know that it is a wonderful hospital with superb, hard-working staff, but he will also know that it operates under a cloud of financial problems stemming from the PFI deal it was lumbered with by the Labour party. The financial consequences have forced the trust into special measures, with sanctions being applied that it cannot afford.  A review of the sanctions placed on trusts that are clearly working to exit financial special measures would be welcome. I certainly applaud the Department for working with the trust to eliminate the deficit in this financial year, but I would be grateful if my hon. Friend the Minister confirmed that the Department ​is actively looking at the genesis of this sorry situation at the Royal Stoke—Labour’s shoddy PFI deal—so that it might finally be resolved.”

“I follow the words of my hon. Friend the Member for Stoke-on-Trent Central by hammering home the point to the Front-Bench team that Stoke-on-Trent was left with a disastrous PFI deal—an albatross around our neck—by the previous Labour Government, costing us £15 million a year simply to service the debt. My wish list for the Minister is that the Royal Stoke University Hospital will get that PFI deal paid off, that money can go back to frontline services, that there will be investment in our staff, and that we get more hospital beds. The Opposition Front-Bench team forget that we were 200 beds short in Stoke-on-Trent when the Labour Government built a new hospital, but this Government has invested money to get over 140 new beds into the Royal Stoke. I hope to see that type of investment continue.”

“Labour’s private finance initiative contract means that Royal Stoke University Hospital is paying double the interest on its debt than if it had been funded directly from the Treasury—money that should be going to improve patient care.”

On securing a showdown meeting with the minister, Stoke-on-Trent’s three MPs said:

“We have been working together to lobby the Government for help for the Royal Stoke.  The hospital trust needs relief from historic debts it was forced into by a bad PFI deal under a previous Government.  We are delighted that the minister will meet with us to discuss this further.  He will find us united in demanding a better deal for our city’s local hospital.”