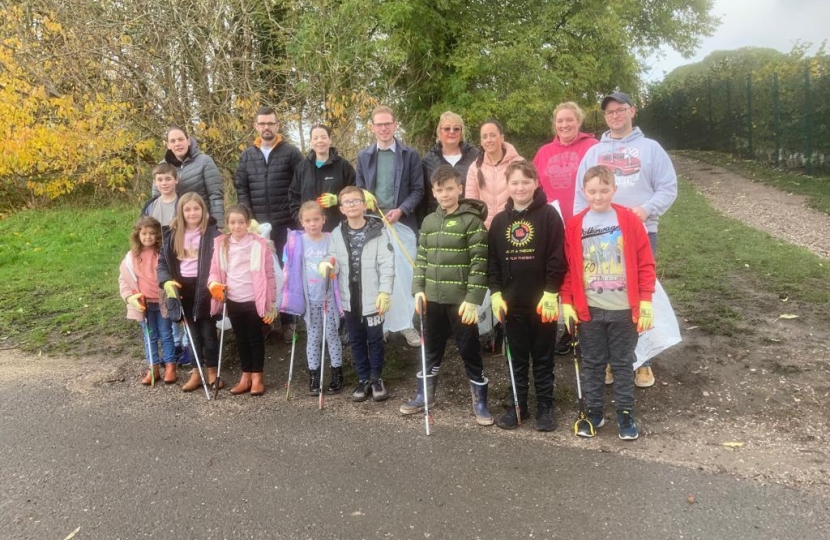 Cllr Ally Simcock joined Jack and the pupils for the litter pick and the team effort meant that numerous large bags worth of rubbish were collected.

"Pleased to join Cllr Ally Simcock as well as parents and young people from Gladstone Primary Academy for a litter pick earlier this morning. Thank you to all those involved and especially to Sue Rammell from the school for helping tidy up the local area."

Jack regularly joins local litter picks and continues to encourage all residents to attend any litter picks in their area.

I was pleased to lead a debate in Parliament’s Westminster Hall last week to highlight the real challenges faced by energy intensive industries.