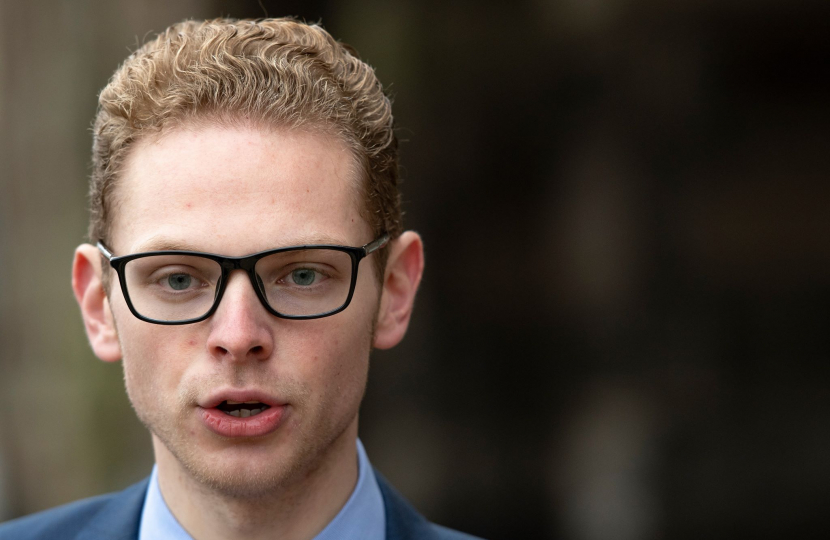 It may come as no surprise to my residents that my initial draft of this column is far from the one you are reading today. It is often said a week is a long time in politics.

There is no doubt that what happened last week will remain in the history books. Residents in Stoke-on-Trent will have not expected to end the week with a Prime Ministerial resignation and a temporary cabinet in post. I too found myself feeling as though I was on a rollercoaster trying to keep up with developments. Like many locally I hoped we would not be faced with this situation.

Whilst I have resigned from my post as Private Parliamentary Secretary to the Secretary of State for International Trade. This is something I did not take lightly and took no satisfaction in. I do also want to stress that this in no way reflects on the amazing achievements Stoke-on-Trent has seen during Boris Johnson’s time in office. A Prime Minister and Government which has finally started to show Stoke-on-Trent the recognition it deserves.

Hundreds of millions of Government investment have been secured since I was elected, including more than £40 million via the Transforming Cities Fund to improve local bus and rail services. This doesn’t include other successful bids such as £31.7 million towards our local bus services and a share of £40 million in extra support over three years following the city being made a Priority Education Investment Area.

The record of what we have achieved together as Conservatives in Government is remarkable. The Prime Minister has led our country through huge challenges – we have delivered Brexit, developed a world leading vaccination programme in response to Covid-19 and led the world in support of Ukraine following Putin’s illegal war. We have also seen the refocusing of Government towards areas like Stoke-on-Trent that were once forgotten, with the Prime Minister initiating the start of our mission to level up opportunities.

Whilst I am incredibly proud to see Stoke-on-Trent receiving the attention from the Government it deserves and what we have achieved nationally, I could not ignore wider events in Westminster. Given the scale of the situation it had become untenable to just carry on.

We are now moving forward into a leadership election for the Conservative Party and the successful candidate will be our next Prime Minister. We have an incredibly strong field of potential successors in the Conservative Party who could take on this role and lead our country forwards, continuing the work we’ve started. I will take the opportunity to rule myself out of the leadership race and I do so despite a few requests asking me to take on the slogan ‘Back Jack.’ Whilst I am humbled to have such suggestions made, I don’t think my young family would forgive me right now and with our second child due any day, I think I’ll have plenty to keep me occupied!

Whoever the future Leader and Prime Minister is I commit to continue to ensure Stoke-on-Trent get the attention it needs and that we deliver on the work we have started in Government. We must continue our work to level up opportunities for everyone, delivering the reforms we need to take full advantage of our new held freedoms following Brexit, and reforming our human rights laws to create a British Bill of rights that ends the abuse of human rights laws by serious criminals and illegal migrants.

My colleagues in Stoke-on-Trent and I have a lot of hard work to do ensuring our city makes the most of Government investment and we will all continue to push for even more. I will work with colleagues locally and in Westminster to push for ongoing campaigns such as the re-opening of Meir Station, re-opening the Stoke-Leek line, encouraging investment into our town centres, and working with local services such as the police to crack down on local crime.

Only this week I raised in Parliament the unacceptable ambulance delays we are seeing locally and the improvements we need to see for healthcare services.  There is no doubt that through strong leadership, continuing the fight for Stoke-on-Trent, putting our city at the centre of the government’s attention, together we will level up Stoke-on-Trent and improve the lives of everyone living locally.

Under Boris Johnson’s premiership, Stoke-on-Trent saw huge investments which will shape our city moving forward. I will be working with our new Prime Minister and Government to continue this work and ensure we see nothing but further positive success for our city.