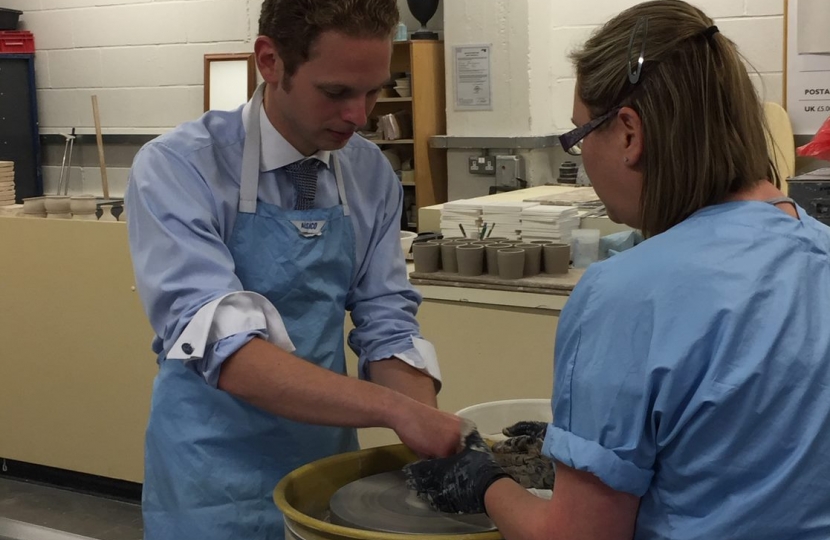 The Government will replicate measures that protect British ceramic manufacturers from unfair 'dumping' of cheap foreign imports, as the UK leaves the EU.

Speaking in the House of Commons today, Trade Secretary Liam Fox confirmed that the UK will implement trade measures to match 43 European Union measures, covering a range of goods, "to ensure continued protection from known unfair trading practices for important industries such as steel and ceramics".

Announcing the policy in the House of Commons, the Trade Secretary acknowledged the particularly effective arguments made by the British Ceramic Confederation and Stoke-on-Trent South MP Jack Brereton, who had expressed concern about a risk to pottery manufacturers in the event that protective measures were not put in place.

Speaking in the House of Commons, Jack Brereton MP said:

"I thank my right hon. Friend for his statement, and particularly for his reference to the ceramics industry. Does he agree that it is essential for the ceramics industry in Stoke-on-Trent that we maintain the level playing field in trade against those unfair practices, and prevent those who want to flood the UK market with low-value goods from doing so and threatening British manufacturers?"

"One of the reasons I looked forward to making my statement was that I would be protected from the persistent but not unwelcome badgering of my hon. Friend about ceramics in his constituency. In recent months, he has made the point forcefully and frequently in every corner of the building in Whitehall. Yes, I do agree with him: while we want our imports to fall given the cost to consumers, protection is necessary when countries are following policies that are designed to undermine the concepts of international trading law. We will resist those. We are rolling over the protections for the ceramics industry today because it is very vulnerable to the practices of dumping, overproduction and subsidy which we so deprecate."

"This is hugely reassuring news for the ceramics industry in Stoke-on-Trent. I am delighted that we have persuaded the Government of how important it is to defend our manufacturers against the unfair trading practices of some other countries."

"I have been clear that trade remedies that reproduce the protection our potteries currently have from overseas dumping of goods must be in place from day one after Brexit. I am pleased that these measures will apply from the very start after a transition period, if one is agreed, or immediately in the event of a no-deal Brexit."