Jack named Brake's 'Parliamentarian of the Month' for road safety 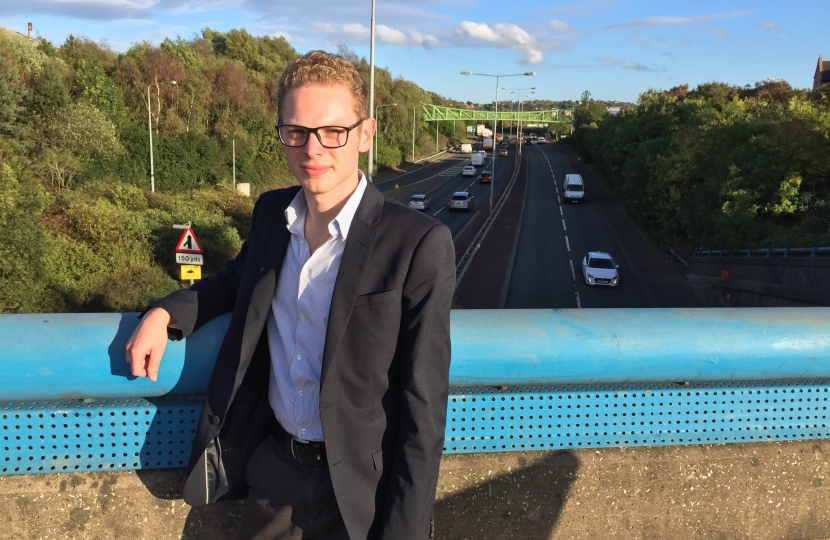 Jack has today been named as Road Safety Parliamentarian of the Month for October 2018, by Brake, the road safety charity, and Direct Line Group.

The award recognises Jack’s efforts to improve road safety across the country by calling, and leading, a debate in Parliament, exploring what more can be done to reduce the number of deaths on Britain’s roads. The road safety debate, held last week in Westminster Hall, gave Members of Parliament from across Britain the opportunity to discuss the current state of road safety and seek answers from the Transport Minister, Jesse Norman MP.

During the Westminster Hall debate, Jack proposed that the UK adopt several key performance indicators for road safety to encourage action on the stagnation of the UK’s road safety record. This is an approach supported by Brake and other road safety campaigners and is based upon international best practice and guidance from the World Health Organisation (WHO). Britain has some of the safest roads in the world but the decline in the number of deaths on Britain’s roads has stalled in recent years, with 2017 showing a five-year high for road deaths.

Road safety charity, Brake, urges the adoption of road safety performance indicators but also calls on the Government to go further and show commitment to the road safety cause through the reintroduction of national road casualty reduction targets. Brake urges an additional focus on the most vulnerable road users, pedestrians, cyclists and motorcyclists, who remain at dangerously high risk on the roads - something which Brake will be highlighting in this year’s Road Safety Week (19-25 November) by encouraging everyone to be ‘Bike Smart’.

“It is a privilege to recognise Jack for his leadership on road safety – he has been instrumental in banging the drum in Parliament over the importance and urgency of the road safety cause, mobilising support to help tackle the worrying stagnation in Britain’s road safety record.

“We fully support the adoption of key performance indicators for road safety but the Government must go further and also introduce national casualty reduction targets. Targets would truly demonstrate long-term commitment to road safety improvement and would be a much-needed shot in the arm for action across the whole UK.”

“I am delighted that Brake have honoured me with their Parliamentarian of the Month Award for October.

“Road safety naturally affects constituents of every single MP, and I was pleased that so many colleagues from around the House attended my Westminster Hall debate on 16th October. While the UK has some of the safest roads in the world, there is still a long way to go before the tragedy of deaths and serious injuries is not one faced by thousands of families each year.

“I hope that by having this debate we have helped in some way to get the reduction of road deaths back on track to make our roads safer for drivers, pedestrians, cyclists, and all our road users”

"We are grateful to Jack for continuing the debate in Westminster and driving road safety forward in Parliament. At this time of year, when the clocks go back, we see an increase in crashes so we would urge all MPs to encourage their constituents to drive carefully, and wear reflective clothing if they are on foot or on a bike."