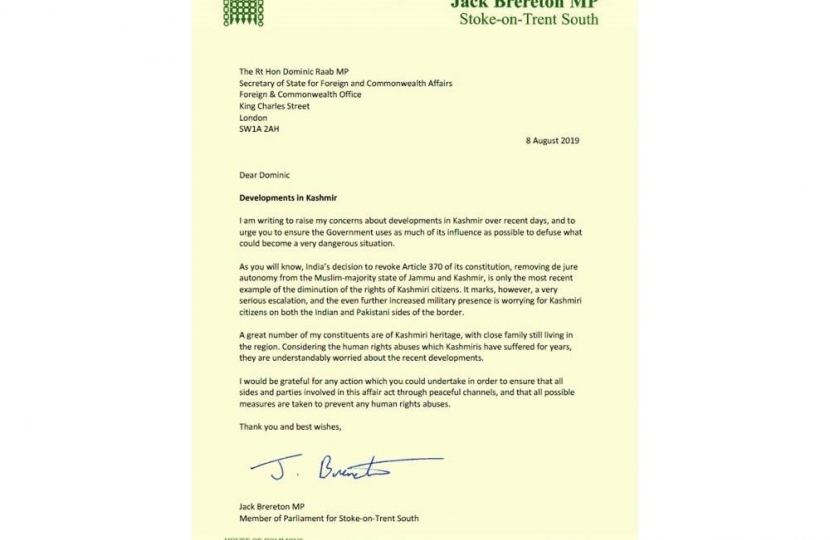 Jack has today written to Dominic Raab, the Foreign Secretary, to raise his concerns about recent developments in the Indian-administered part of Kashmir. The text of Jack's letter is as follows:

I am writing to raise my concerns about developments in Kashmir over recent days, and to urge you to ensure the Government uses as much of its influence as possible to defuse what could become a very dangerous situation.

As you will know, India’s decision to revoke Article 370 of its constitution, removing de jure autonomy from the Muslim-majority state of Jammu and Kashmir, is only the most recent example of the diminution of the rights of Kashmiri citizens. It marks, however, a very serious escalation, and the even further increased military presence is worrying for Kashmiri citizens on both the Indian and Pakistani sides of the border.

A great number of my constituents are of Kashmiri heritage, with close family still living in the region. Considering the human rights abuses which Kashmiris have suffered for years, they are understandably worried about the recent developments.

I would be grateful for any action which you could undertake in order to ensure that all sides and parties involved in this affair act through peaceful channels, and that all possible measures are taken to prevent any human rights abuses.

Thank you and best wishes,