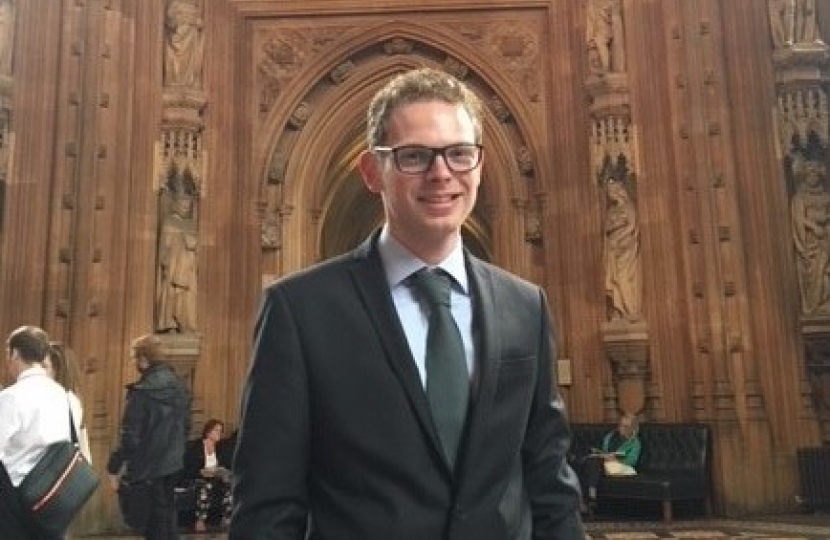 As I submit my copy for this column, it is the end of another ‘gripping’ week in politics, with more yet to come. By the time your copy of the Sentinel has gone to press there will doubtless be more new developments in what I think everyone agrees is the most unpredictable and frustrating chapter of Britain’s withdrawal from the European Union.

The House of Commons continues to debate Brexit and to vote on the various options that MPs have put forward regarding Britain’s withdrawal from the European Union and our future relationship with the EU.  It is no secret that the postbag of every MP has weighed heavily with correspondence about these issues, on which I know that people rightly have strongly-held views.

So, at this moment, I could hardly pen a column on any other issue.

In Westminster, I am continuing to vote consistently in line with my constituents’ overwhelming democratic decision to leave the European Union.  Throughout it has been my priority to do everything possible to ensure we leave as soon as possible. I have on three occasions to date supported the withdrawal agreement to get us out of the EU as I believed it to be the best way of securing Brexit on time, providing certainty to businesses and guaranteeing we leave.

However, I have been clear that Brexit must be delivered whether we have a deal or not. To ignore the democratic wishes expressed in the referendum would leave our country permanently dented.

There have been a series of ‘indicative votes’ on alternative plans put forward by opposition parties and other MPs.  I have used my vote in favour 'no deal', so that we retain the right to walk away from the EU with no agreement if no agreement is possible.  I have also voted against numerous Remain motions including the revocation of Article 50 and against locking the UK into an ongoing customs union or single market with the EU.

As MP for Stoke-on-Trent South, I cannot support a customs union or continuing membership of the single market that would keep us tied to parts of the EU without any say. These things would require us to adhere to the EUs rules on freedom of movement and prevent us from signing free trade agreements with countries around the world. That would not be delivering Brexit. We would continue to be subject to the dominance of the EU. I am pleased so far these attempts to thwart Brexit have failed.

Over the past ten days, the vast majority of Labour MPs have voted in favour of keeping us saddled to the customs union and single market with the intention of permanently binding us to parts of the EU and continuing freedom of movement. I am disappointed that other MPs, especially on the Labour benches, have persisted in acting to delay and frustrate Brexit.

I know many people here in Stoke-on-Trent are incredibly frustrated with Parliament.  I too am extremely frustrated with those MPs who persist with their political games when the vast majority just want us to get on with it and leave.  Our city voted by a large majority to leave the EU.  But I also know that this dissatisfaction cuts across Leave and Remain voting areas alike, because regardless of political preference voters look to their representatives to deliver what they say they will deliver.  Simply put, MPs must knuckle down and deliver Brexit.

I am sad to report that it is because of MPs that Britain did not leave the EU as planned on 29 March.  I believe that it is now incumbent on the House of Commons to deliver an orderly Brexit, as speedily as possible, in line with the manifestos of both major political parties.  For this reason, I did not vote to extend Article 50 and I strongly oppose a prolonged extension.

It is vital for public trust in our Parliament that we keep our promises. That is why I will only support measures that deliver the Brexit that my constituents voted for. I will never vote for a softening that would leave us permanently disadvantaged. I will continue to fight to ensure my constituents voices are heard and that we get on with leaving. It is this and only this that I believe will restore confidence in our political class.

This article appeared originally in The Sentinel, 8th April 2019.