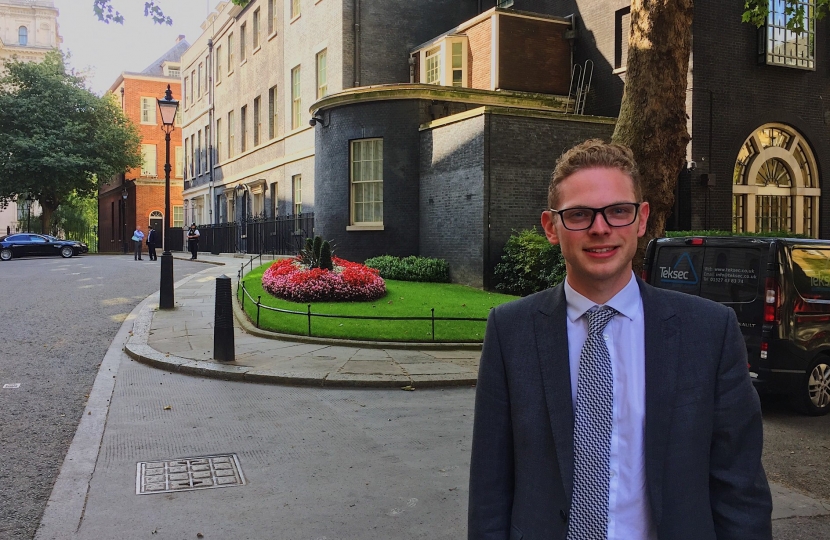 I try to avoid too much mention of Brexit in my column here.  People are sick and tired of delay, and no amount of newsprint will change that. I believe most people whether they voted leave or remain just want us to get on with it and respect the democratic result.

I have continued to vote for Brexit at every possible opportunity so we can deliver on what the majority of people voted for.  Following the appalling behaviour of Jeremy Corbyn and his Labour cheerleaders in our city, however, I must put a few things straight.

The Labour leadership has been on quite a ‘journey’ over the last few years.  Mr Corbyn spent most of his time as an MP complaining about the EU, then campaigned to Remain, then promised to respect the result, then to back a second referendum, and now…well, who knows?

One thing is clear:  his supporters would always find something wrong with the deal the Prime Minister brought back. Some excuse to put politics before our country at this critical time.

His latest trick has been to complain that MPs do not have enough time to debate the Prime Minister’s new withdrawal agreement, so he and the Labour MPs in our city voted for yet another pointless delay.  Why do we need yet more time?  MPs have debated Brexit for more than three years since the referendum.

Most people I speak to in our city are bemused at why it should take any longer, and I agree. That’s why I opposed a delay when one was put to the House before. In fact, the behaviour of Labour MPs seems to prove this: debating the new agreement in the House of Commons last Tuesday, Labour ran out of MPs wishing to speak on the topic half way through the afternoon.

Meanwhile, I have received emails from dozens of constituents concerned that, after Brexit, the NHS will in some way be ‘sold off’ to the United States.  It is hard to overstate how wrong that is: the US does not want our NHS, and we would never sell it.  In fact, one of the biggest financial challenges facing the Royal Stoke is its Blair-era private finance debt, which costs us around £15 million per year.

Conservatives have since 2010 put more money into the NHS each year, and I was thrilled that my request for more investment here in Stoke-on-Trent was heard by the Government, which announced in August an extra £17.6 million to reduce delays and create more new beds at our hospital. This is on top of the £8.8 million of investment that saw 64 additional beds open at the start of the year.   It is better actually to solve problems, than to scare the elderly and the vulnerable needlessly.

Finally, the Shadow Chancellor wants us all to earn 20% less.  You read that correctly.  He intends to turn the five-day working week into a four-day week, though he reckons our employers will all be happy to pay everyone to stay at home one day each week.  That might not sound quite so bizarre sitting in Jeremy Corbyn’s £750,000 London pad, but I would never support such a reckless experiment which would damage working people in Stoke-on-Trent the most.

Much better to reduce tax for the lowest paid (the Government has cut income tax by more than £1,200 for the lowest paid), and to increase the minimum wage.  People on the minimum wage are going to see their pay rise from £8.21 to £10.50, and that will now apply to over-21s, rather than just over-25s. Young people starting out in employment must be paid fairly for the work they do.

The current Labour leadership wants us to live in an alternative reality.  Brexit purgatory, using the spectre of Donald Trump to destabilise confidence in our NHS, and putting their extreme beliefs before the job security of working people.  If the Labour party is losing support in our city, should it really be surprised?

This article appeared originally in The Sentinel, 28th October 2019.