Personally Speaking: New leader is good news for our city 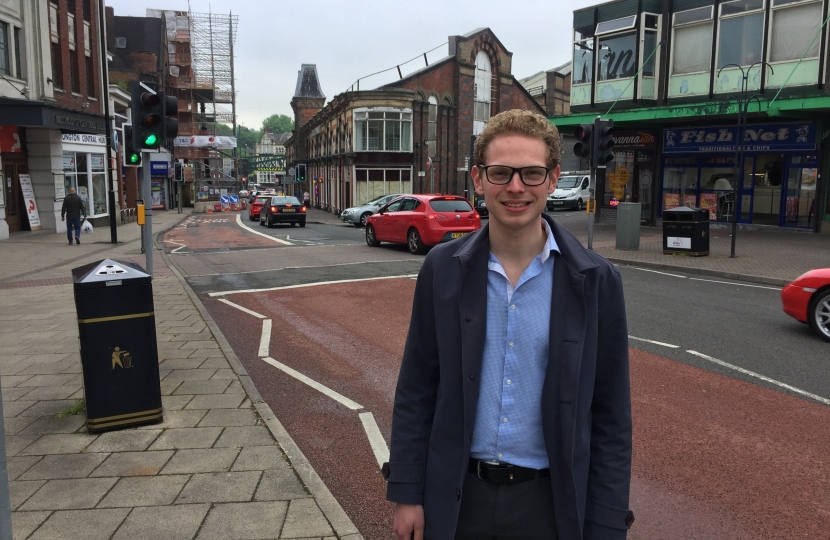 Since my last column, there has been a big piece of political news which I am sure none of you have managed to avoid: we have a new Prime Minister.

Yes, Boris is now in charge, and I know that to most people he is rather a Marmite figure: you either love him or hate him. Frankly, I am not in the business of praising or condemning anyone before they have actually started their job, and I am far more interested in what the change in leadership means for our city.

Most importantly this must mean we get on with the job of delivering Brexit, ensuring the democratic wishes of people living in Stoke-on-Trent and across the country are respected. I am pleased the new PM has made clear we must leave on 31 October whether that be with a deal or if necessary no deal.

Also encouragingly, rather than going on a summer break to the south of Spain, the new PM’s first act was to go on a tour of all the nations that make up our precious United Kingdom. As we enter the final stretch of our exit from the European Union, it is important that we stay united, and do not give those who want to break away any excuse to cause trouble.

Amongst TV pictures of the PM meeting with leaders in Scotland, Wales, and Northern Ireland, you may have missed the point which I found most important: his commitment to the regions. Stoke-on-Trent, and many other places in the Midlands and the North, have over the years felt somewhat left behind, losing out to London and the South East. We have a new Government which has made it clear that the success of the regions is one of its main priorities, and I see a great opportunity to push for a better deal for our city. I will continue to fight for the communities I represent in Stoke-on-Trent South to get a greater share of investment.

Just look at what has already been announced. Firstly, we are going to have 20,000 more police officers on our streets within three years, with more encouragement to use stop-and-search where appropriate. My constituents, who have had to deal with anti-social behaviour, violence and the effects of drug abuse for too long.

Locally Staffordshire Police have been ramping up their efforts, doubling the number of stop and searchers across the south of the city over the last year. We have also seen an additional £500,000 from Government to help both the local police and city council better address the issues we have been facing with gangs. I believe this announcement by the PM of more officers on the ground will help further deliver a great improvement to safety in our neighbourhoods and build on the crime reduction work the police are doing locally.

Secondly, you may have seen Boris visiting one of our nuclear submarines on his visit to Scotland. As I have mentioned here before, I am proud that many of the precision parts for defence equipment are made by industries here in our city. The PM has promised to put more money into defence, which means more work for our engineers and workforce.

I am delighted we are also going to have a Minister for Veterans for the first time. I know how proud we are locally of our armed forces and veterans, and I think most people would agree that this is a great move. It is essential we do much more to show our gratitude and ensure our veterans get the support they need, especially in adjusting into civilian life.

Finally, the PM has said that he wants to do for rail in the North what Crossrail has done for London. As you probably expect, investment in railways is music to my ears. We have been pushing for better services for years; we have achieved this on the Crewe-Derby line, with a whole array of improvements now being delivered by the new operator, and it is the time to do this for the rest of our services.

I want to see much better public transport locally to help people get around the area much more easily and access employment opportunities. That is why I am campaigning to reopen Meir Station and I hope as many people as possible locally will sign my petition, so I can present the strongest possible case of why rail services should be restored the Meir area.

The PM has committed to delivering Brexit by 31st October, and to investing in the Midlands and the North. This is a clear message that he will listen to places like Stoke-on-Trent; I intend to take full advantage of this over the summer and I look forward to updating you on our progress in September.

This article appeared originally in The Sentinel, 5th August 2019.