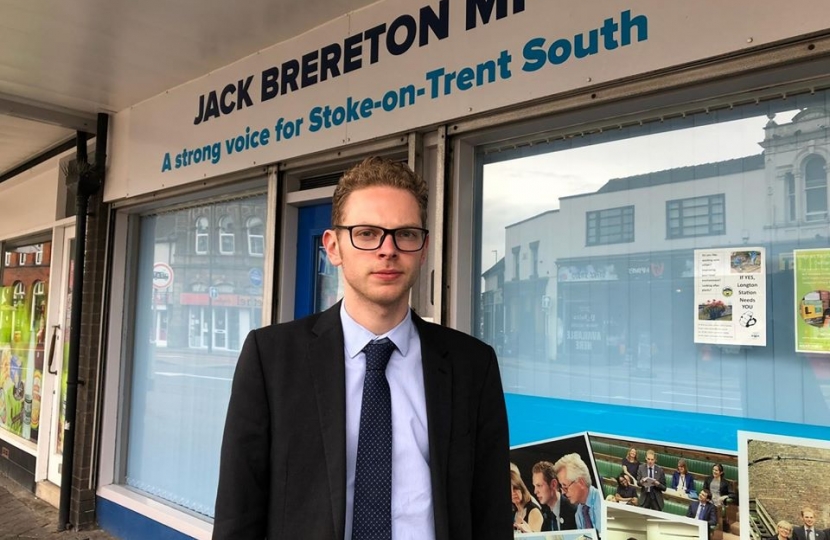 As I write this column, it strikes me that for the first time in months, the main recurring story in the news is not only related to the Coronavirus outbreak.  Whatever your view, it is undeniable that the death of George Floyd, and the resulting Black Lives Matter protests around the world have taken over as the most pressing issue of concern for many people.

The issue of racism within society is far too broad to discuss just in a short column; all I believe there is to write on the matter, is that racism has no place in our society, and we must challenge it wherever it occurs.

Our society is built on a right to freedom of speech and expression. It is a fundamental right to be able to peacefully protest when you disagree or want to express a point of view. But it is when it turns from being peaceful to violence, I think most would agree it is not acceptable and in fact counterproductive to the cause for which people are protesting.

What these protests have also brought to the fore is a debate on how we regard our police force.  I am thankful that our mostly unarmed constables take a less confrontational approach to those in the United States, and the principle of policing by consent and community policing is a key part of the foundations of life in the United Kingdom.

Such a largely hands-off approach has its drawbacks too, however. I was sickened by a small number who took to vandalising statues and the Cenotaph in London over the last few weekends, and those responsible – both the thugs themselves, and those who let it happen – should face severe consequences.

I was not only sickened by these sights, however, but also quite confused; how is it that people in our country can possibly believe that figures such as Winston Churchill and Abraham Lincoln are representative of racism?  One stood alone against far-right Nazi oppression threatening to take control of the whole of Europe, the other issued the Emancipation Proclamation bringing about the end of slavery in America.

It is worrying to see an issue so important as tackling racism in our society hijacked by a small few who wish to fuel divisions in pursuit of their own agendas, including far-right groups this weekend. We cannot allow those who only seek to create anarchy on our streets seize control of our values and distort facts to suit their warped view of the world. Fortunately, I believe it is a tiny minority who view the world in such a way and is not reflective of the great many people of this country from all walks of life who are patriotic about our nation and stand by our British values.

I know our rights and values have certainly been challenged in recent months with the restrictions we have all faced. Most people have made huge sacrifices to help combat coronavirus and everyone who has been so diligent deserves the greatest thanks. But we are getting through this, the virus is being defeated and we are now taking cautious steps towards an easing of the lock-down. From this week we start to see shops allowed to begin reopening. Our local retailers and market traders have been hit hard by the crisis. I call on everybody to shop local and support them now, so we can see our high streets get back on their feet.

The Government has put in place a whole catalogue of support for businesses and self-employed, but our economy will still be significantly changed as we come out of this and unfortunately some people are going to have to see a change in their careers too. Many people who had stable jobs will need to refocus their skills to the industries which will survive and flourish in the aftermath of the outbreak. In the longer term, it is vital that our school-leavers have not only the right skills to get a job but have a range of flexible skills which will serve them well throughout their careers.

I have written extensively in this column and elsewhere about the need for more school places and to further boost standards in our city; with schools specially equipped to enhance our children’s skills in science, technology, engineering, and mathematics.  I have secured a debate in the House of Commons for this Thursday where I will be talking more about improving education and skills specifically in Stoke-on-Trent.

This was a major issue before Coronavirus disrupted our lives and livelihoods.  Now, it is vital, and I intend to make this point crystal clear to Government Ministers, so that we in North Staffordshire are not left behind again. Our recovery must not be more of the same it must be about levelling-up our country so that everyone living in Stoke-on-Trent has the opportunity to reach their full potential.

This article appeared originally in The Sentinel, 16th June 2020.