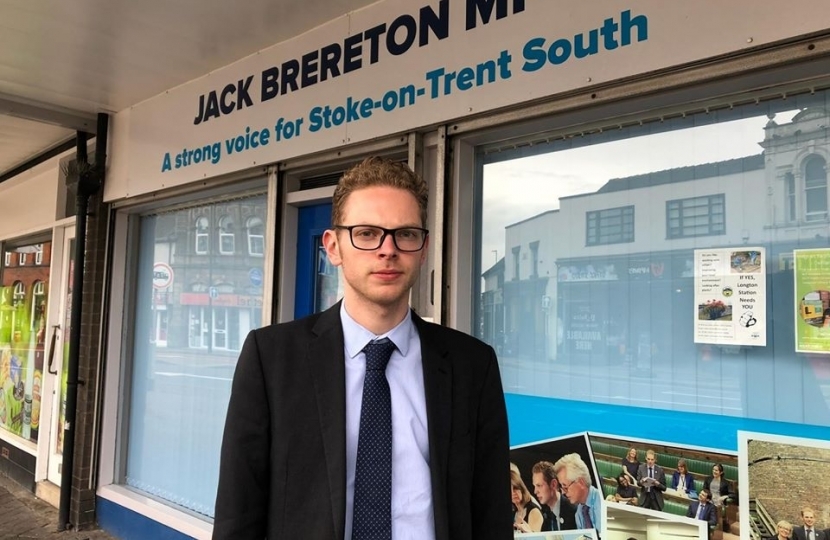 It has not been an easy time for the constables on our streets; by necessity, the police had as little time to adapt to the lockdown measures as the rest of us, and have had the seriously difficult task of enforcing the new rules we now live with, while not overstepping the mark and losing public trust.  We should all thank Staffordshire Police in this matter; people have largely followed the measures in our communities, while our county has seen the fewest fines per person across the whole country handed out for breaches of the lockdown.

This is a great example of policing by consent, and I’m glad that an extra 2.5 per cent pay increase for police officers has been announced by the Government.  In addition, it was fantastic to have the Home Secretary visit Longton and the local police station a few weeks ago, both to thank some of the local officers in person, and to come to see the work being done to tackle crime in our area.

Another challenge for the police is the changing nature of crime during the lockdown, and this is something of which we should all be aware.  There has been significantly less crime overall in the past few months, but an increase in certain types which we must tackle head on. I particularly fear as people are not out and about as much, and children are not at school, it is easier for domestic incidents to go under the radar.

If you know of anyone who needs support, here are some useful numbers to share with them, if you or someone you know is in immediate danger please call 999. Local support for victims of domestic abuse and their families:

With more of our lives being administered on the phone and online, con-artists and scammers have been more active than ever. We can all help with this, whether it means checking on vulnerable neighbours to make sure they are okay, or assisting elderly relatives with online services.  Just because a crime is not visible, this does not make it any less traumatic for the victim.

There have also been several incidents of anti-social behaviour recently, in certain areas. With people locked down for months tensions are understandable high, but there can never be any justification for resorting to violence or intimidation. I know our local police and council ASB officers will be working hard together to combat any incidents where they occur.

It is fantastic to see Staffordshire Police has been recently granted just over £1 million from the Government’s Safer Streets Fund to tackle certain lower-level crimes, and we are to receive an extra 60 officers in Stoke-on-Trent.  If there is a persistent ASB issue in your area, please get in touch with the police or with your local MP; we are here to help, and I for one am determined to stamp out this nuisance in the communities I represent.

It has not been an easy year for the police, but they deserve our thanks.  I look forward to continuing to work together with local officers to make all our communities better and safer places in which to live.

This article appeared originally in The Sentinel, 10th August 2020.