Personally Speaking: Your votes will keep city on the right path 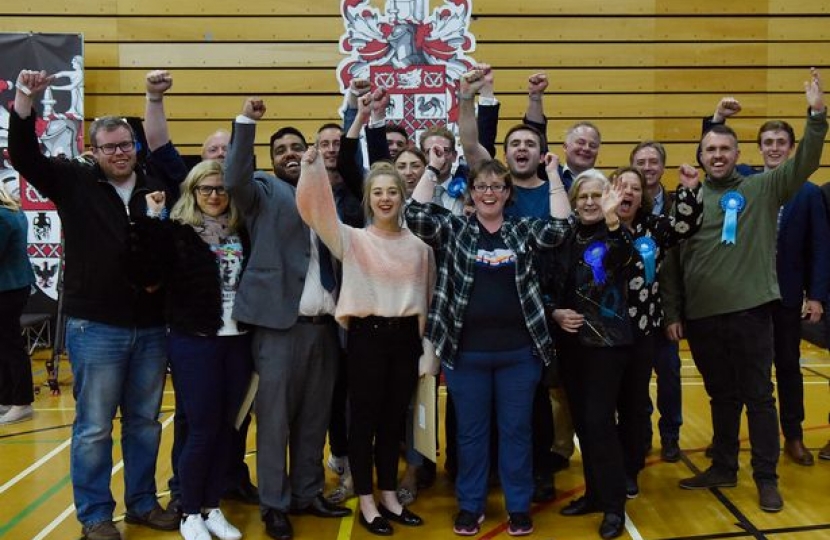 Last Friday morning saw the election of all forty-four of our City Councillors in Stoke-on-Trent. These are the people who govern the important everyday services which we all depend on and can take for granted when they are working, but which are so frustrating when they are not. Think of road maintenance, the state of our town centres, bin collections and everything in between.

I have one message in my column today: thank you. Thank you for recognising the energy and dedication of our local Stoke-on-Trent Conservatives team. Thank you for not letting the behaviour of some of my colleagues in Parliament put you off voting. And thank you for taking the time to make sure our city stays on the right track.

Those of you lucky enough to have a new or re-elected Stoke-on-Trent Conservatives councillor will find out what a difference it makes to have proactive community champions representing your area. You will also see how politicians working as a team can bring about positive change for our city, away from the petty and often personal arguments which seem to occupy the time and attention of far too many politicians.

Personally, I cannot wait to get back into working with the new City Council to carry on fighting for more investment in our town centres, fixing our roads and helping businesses to grow to create the jobs we need.

Many have asked why it is that we are bucking national trends locally and this was the focus of a column by Phil Corrigan on Friday following the election. It hit on a number of points that I wouldn’t disagree with, especially the fact that locally we have a well organised local team who have worked incredibly hard in their communities.

But this hasn’t just been at election time, over the last four years we have seen Conservative Councillors working hard and being champions for their communities. On the doorstep those I spoke to reflected on their Councillors being hardworking and delivering locally.

This has been spurred on by the fantastic leadership of Abi Brown, who has driven our city forwards, delivered for our area and demonstrated the massive potential we have in Stoke-on-Trent.  We have seen credible Conservative leadership focusing on the positive future for we see for everyone living in Stoke-on-Trent.

Working together really is the key to improving our communities. In many cases, our local issues need assistance from the Government, and as the MP for Stoke-on-Trent South it is my job to go to Westminster each week and make enough of a noise that we receive what we need. Over the last few years, working with Abi Brown and the rest of the Conservative councillors on the City Council, we have persuaded the Government to allow us to keep more of the rates paid by businesses in the city, an enterprise zone that has delivered hundreds of jobs, committed money to improving our roads and the area around Stoke station, and to designate Longton Town Centre a ‘Heritage Action Zone’. More funding to invest in improving our high streets is our next target.

It is also important to reflect on what we have seen from Labour locally, more interested in falling out with themselves than on what is in the best interests of Stoke-on-Trent. They have learnt little from their defeat in the local elections in 2015, with Pervez still at the helm. My question is this: would any Government have trusted our past Labour councils with this investment? Those who splurged £50 million on offices for themselves? Those who frittered almost £500,000 on going to the Chelsea Flower Show? I cannot say for certain, but I seriously doubt it would and it is clear from these local election results our communities don’t either.

Instead in the communities across Stoke-on-Trent people have voted for our Conservative team, the first time in a local election that Conservatives have beat Labour in the total popular vote. We will now get on with delivering for our city, ensuring our council in run effectively and that Stoke-on-Trent continues to go from strength to strength.

So, thank you for taking the time to vote for your local representatives last week, and thank you for keeping our city on the right path. I want to finish by thanking all the candidates who have worked so hard and congratulating those who were successful.

This article appeared originally in The Sentinel, 6th May 2019.