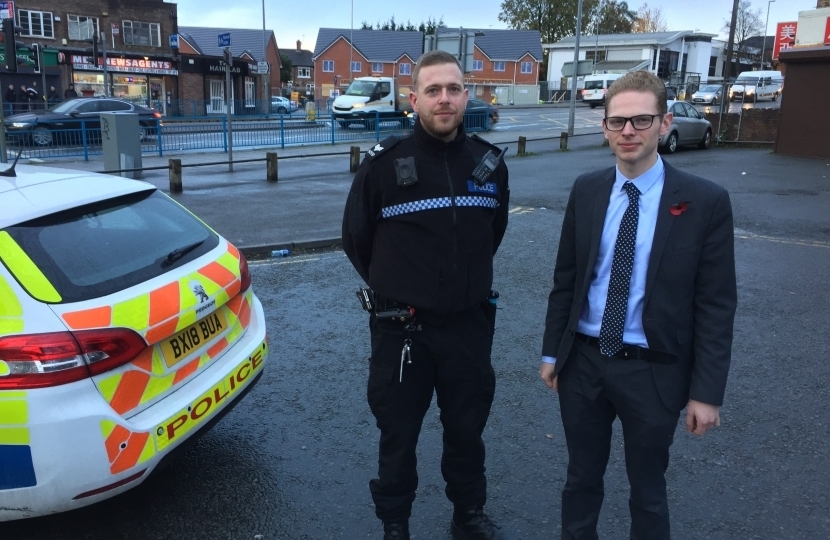 The Government has today announced that Staffordshire Police will receive an extra 90 police officers as part of its drive to increase police numbers and combat crime nationally.

This pledge was one of the key priorities stated by Boris Johnson upon becoming Prime Minister earlier this year. The news has been welcomed by both Stoke-on-Trent South MP Jack Brereton and Staffordshire Commissioner Matthew Ellis, who have been working together to combat problems of violent crime and anti-social behaviour in several areas, including Meir and Fenton.

Jack said “Our local communities have been clear that they want to see a reduction in crime, and a more visible police presence. The local policing team has been doing great work cracking down on violent and persistent offenders, and this surge will provide a clear boost in their efforts to make our city a safer place.

“The Government has listened to our concerns, and this is very welcome news. I look forward to meeting some of the 90 new officers during my regular meetings with the local police.”

"The police have worked hard to make the most of the resources they have and more officers will make a real and lasting difference for local people across Staffordshire and Stoke-on-Trent.

"This boost to police officer numbers will help to turn the tables further on those who cause harm and make our streets and communities safer.”