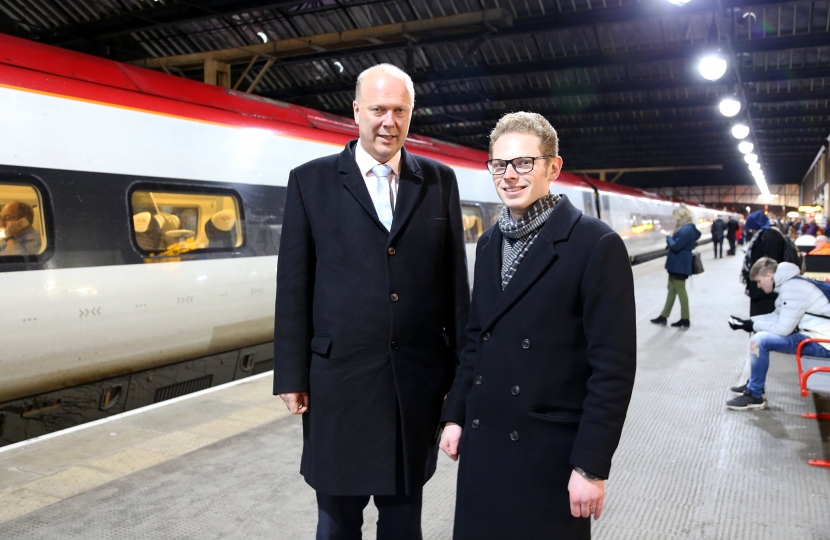 Member of Parliament for Stoke-on-Trent South Jack Brereton and local Conservative councillors have welcomed the Chancellor of the Exchequer’s announcement of almost £15 million of investment in infrastructure in Stoke-on-Trent.

The money, announced as part of today’s Spring Statement in the House of Commons, is split between £5.6 million for transport improvements around Stoke Station as part of the Transforming Cities Fund, and £9.2 million on Local Full Fibre Networks, to improve broadband connections to homes and businesses.

Councillor Daniel Jellyman, Cabinet Member for Transport, Regeneration and Heritage, and Member of Parliament Jack Brereton have met personally with Ministers in both Stoke-on-Trent and Westminster to push for this investment.

Jack said, “I am thrilled that, after months of lobbying by my Conservative colleagues on the City Council and myself, the Government has awarded this money to our city. Stoke-on-Trent has been let down over the years, but we are now finally getting our fair share of investment to support jobs and allow us to prosper.”

Councillor Daniel Jellyman said, “We welcome the Government’s investment, and this shows that Ministers now have faith in the City Council’s ambitious plan to make Stoke-on-Trent a great place to live and work in.”