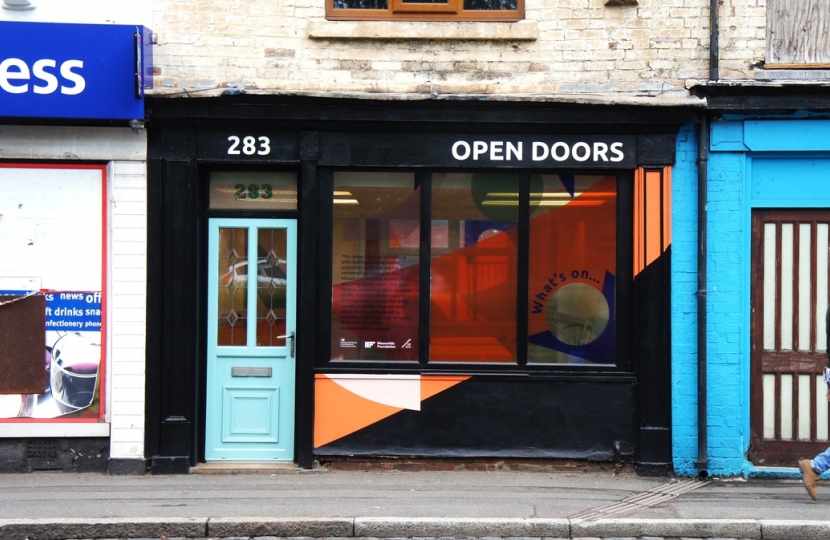 The Government has today announced that a site on City Road, Fenton, will be the first ‘Open Doors’ space to come into use in the UK.

The ‘Open Doors’ scheme was launched in April this year, and invited community groups to apply to use empty units on high streets in five locations across the country. The shop unit at 281 City Road, Fenton, received a number of applications, and the first four community groups to benefit have been confirmed as:

Today’s news has been welcomed by local MP Jack Brereton, who recently called on the Prime Minister to commit Government investment into high streets in the south of the city, and who last week launched his High Street Awards to promote independent local businesses in Fenton, Longton, and Meir.

Jack said “Our high streets are vital centres of our communities. If shop units are not being used, it makes perfect sense for community groups to be able to use these spaces instead.

Breathing new life our high streets is one of the most important things for the Government to do, and the Open Doors scheme is a great example of what can be done through businesses, communities, and Government working together.”

Jake Berry MP, Minister for High Streets, said, “The Open Doors Scheme encourages us to be more creative when tackling the social and economic challenges faced by our communities.

“This pilot is just a glimpse of what we can do to revamp vacant properties on our high streets, boost more community hubs and create more spaces for people to work, live and shop.”

Since last weekend, I have been contacted by hundreds of constituents about the Prime Minister’s adviser Dominic Cummings, and the allegations that he broke the Government’s lockdown rules.