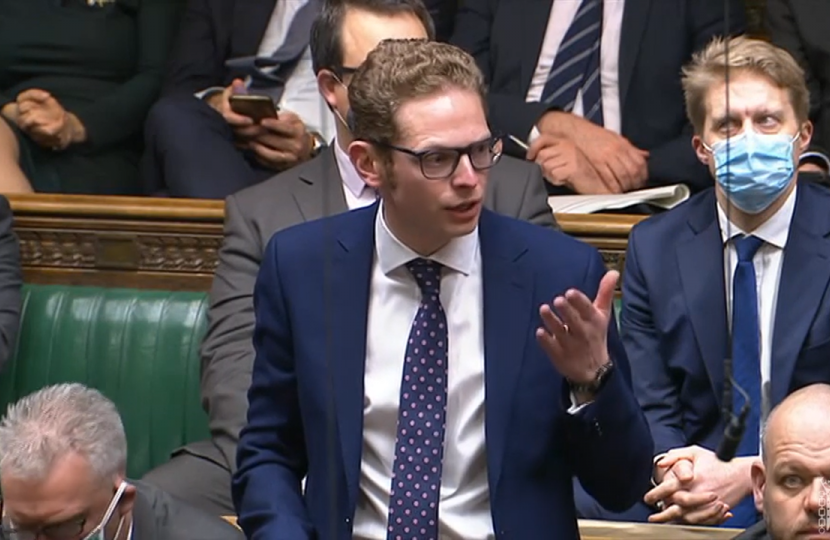 Jonathan and Jack used the opportunity to continue their joint campaign to level up the great city of Stoke-on-Trent.

Jonathan’s question focussed on the Bus Back Better bid submitted by Stoke-on-Trent City Council. Following a survey on bus services which had hundreds of respondents, 80% said that they would use the bus more if services were improved. The Council are seeking up to £90 million of funding under the Bus Back Better strategy, to transform the local public transport network with improved reliability and more bus services across the city.

Jack’s question focussed on the record the Conservatives have achieved in Stoke-on-Trent since 2019. Working together as a team, all three Stoke-on-Trent MPs and the Conservative-run City Council have managed to secure record investment for the city. Only recently, more than £100 million of Government investment has been secured, including £56 million through the first round of the Levelling Up Fund and in total more than £40 million via the Transforming Cities Fund. These major investments will see key redevelopment sites across the Potteries brought back to life, as well as a host of bus and rail improvements.

On top of this capital investment, hundreds more jobs have been secured. More than 550 civil service jobs will be coming to Stoke-on-Trent, after the three Stoke-on-Trent MPs led a campaign for the Home Office to make its second home in the Potteries.

The Prime Minister praised both MPs’ efforts in campaigning on behalf of Stoke-on-Trent and said he would look at what the Government can do to ensure there are more buses and improved bus services across Stoke-on-Trent as fast as possible.

The Prime Minister also thanked Jonathan for volunteering as a teacher, following the Secretary of State for Education’s call for retired and ex-teachers to volunteer in schools to help them through the latest stage of the coronavirus pandemic.

Working tirelessly with Stoke-on-Trent City Council, all three Stoke-on-Trent MPs have been lobbying ministers and the highest levels of Government to deliver for the Potteries. Improving bus services was a key issue in local and national elections from voters on the doorstep, and I hope Stoke-on-Trent will be successful in any upcoming announcements.