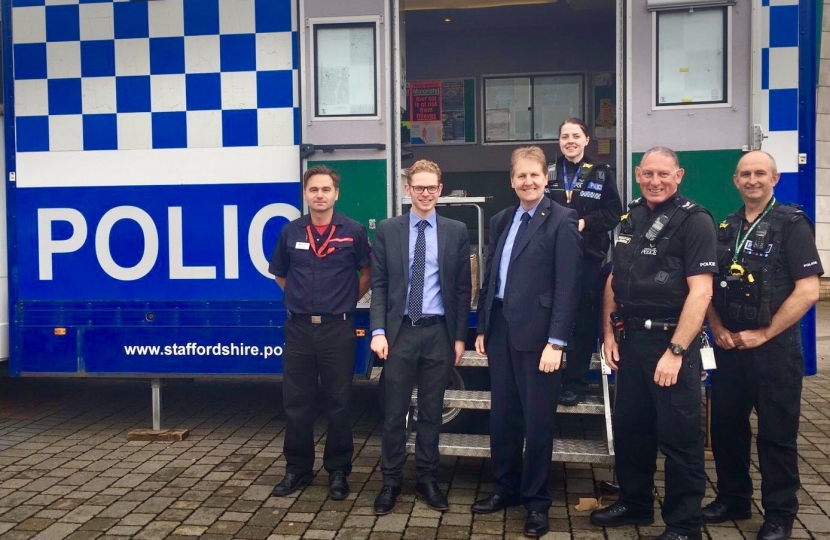 Hundreds of thousands of pounds have been secured by Jack Brereton MP for local youth facilities in a bid to slash anti-social behaviour.

Within the past year, St. Thomas More Catholic Academy has received a community 3G football pitch, costing an estimated £800K, and Jack is pushing for further 3G pitches for Ormiston Meridian and Trentham Academies.

The MP for Stoke-on-Trent South is also working with the YMCA who have started providing regular activities for young teenagers across the south of the city.

“Over the past few months, we’ve seen far too many instances of vandalism, intimidation across our communities – and I’m determined to put an end to this. Staffordshire Police have been doing some excellent work ramping up their efforts to tackle anti-social behaviour and serious violence, but they can’t tackle this alone.

“After my discussions and tour with our Police and Crime Commissioner and local officers, it is as clear as ever to me that investing in community facilities for our young people will keep them off the streets, stimulate them and in the end, make our neighbourhoods safer.

“We’re making progress with hundreds of thousands of pounds already secured this year for sports facilities and I hope to report further good news soon.”

You can sign Jack’s petition to the Football Foundation to release the funds required to build the 3G football pitch at Ormiston Meridian Academy here. (https://www.surveymonkey.co.uk/r/MYM8VJH)