Brereton: Stoke-on-Trent has hit its limit of asylum seekers 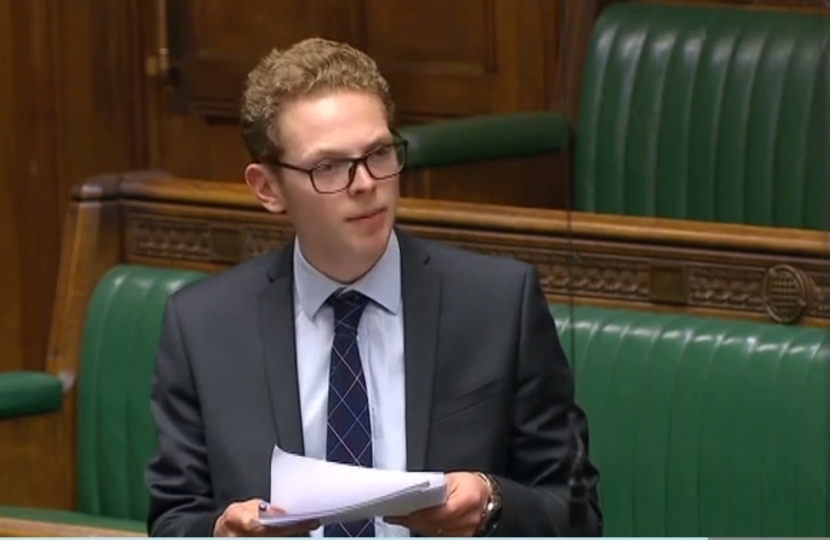 On Tuesday the 27th, Jack Brereton attended a debate on support for Asylum seekers, to raise issues pertinent in Stoke-on-Trent.

In Stoke-on-Trent, there is a disproportionate number of Asylum seekers resident, as other areas do not take their fair share. Jack used this debate to highlight how Stoke-on-Trent can't be expected to take any more in as it would impact local services and community cohesion.

I am grateful to my hon. Friend the Member for Ruislip, Northwood and Pinner (David Simmonds) and the hon. Member for Bermondsey and Old Southwark (Neil Coyle) for calling this pertinent debate.

The issue is extremely current, given the situation we have seen in the English channel and the increasing pressures on dispersal areas. I am pleased that the Home Secretary and the Home Office are taking robust action to address those issues, with a new plan for immigration, which I entirely support, by taking action to remove those who have no right to be here and better deterring illegal migration, while supporting those who are in genuine need.

As a dispersal area, Stoke-on-Trent has contributed far more than most areas to the dispersal scheme since its inception, but we can take only so much. It is about fairness. It is now time for other towns and cities to learn from our example and do their bit. Far too frequently, hon. Members advocate doing more, but when it comes to taking action on places becoming dispersal areas, they do nothing. Numerous local authority areas have not resettled a single refugee. Sadly, because of the pressures on Stoke-on-Trent we have now reached the point where additional demands on already stretched local services, whether those are schools, health services or social services, are entirely unsustainable. We have resettled more than anywhere else in the west midlands and now, as part of Operation Oak, we are expected to take more.

I thank the Minister for hearing the concerns of Stoke-on-Trent MPs and the leader of the city council recently. Right now, on average, one person in every 250 in Stoke-on-Trent’s population is an asylum seeker. In one area of my constituency, the figure is closer to one in 80 and, in some parts of the city, it is as high as one in 30. In addition to those asylum seekers, there are thousands of confirmed refugees whom the city has embraced previously. Our city’s cluster limit ratio of 79% is greatly in excess of even Birmingham’s 29%, and our city council has recently had to challenge proposals repeatedly made over the course of the past year to increase numbers further. Sorry, but we can do no more.

Dispersal area local authorities of all complexions across the region have been united in their concerns about ever more pressure being placed on those few dispersal areas, when so many authorities have done nothing. There has been a tendency to place people in areas with lower value housing, just because it is cheaper. Yet the consequences of doing so and the impacts on local services are stark. The council has found itself challenging totally inappropriate accommodation, including unsustainable hotel accommodation. There are also much more serious concerns about radicalisation. Some accommodation is in extremely inappropriate locations, where vulnerable individuals may be targeted by extreme and criminal groups. I repeat that we are proud to have done much more than almost any other area to welcome refugees and asylum seekers, but it is time for other areas to stop grandstanding and actually do something.