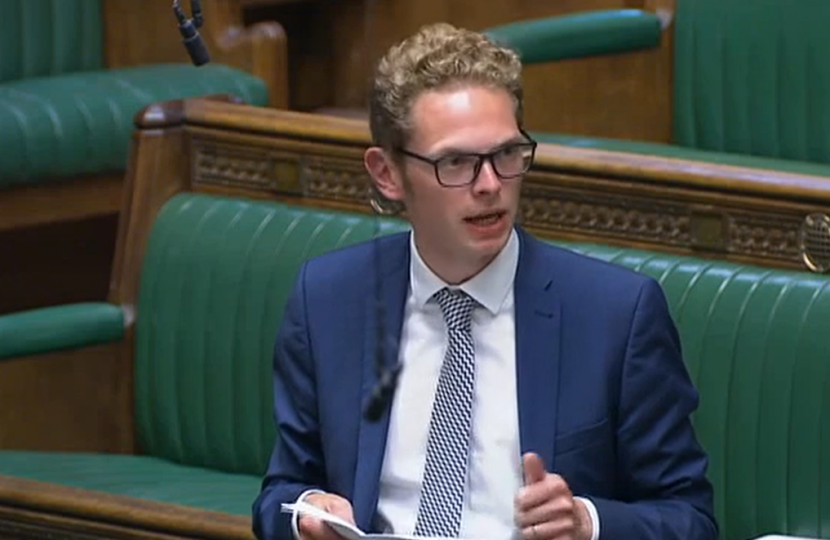 Several constituents have contacted Jack with their concerns regarding the illegal immigration from the English Channel and the local impact this is having on Stoke-on-Trent. Stoke-on-Trent has been one of the highest contributors to the refugee resettlement scheme nationally.

This week, Jack spoke during a debate on the Government’s landmark Nationality and Borders Bill which looks to tackle the current refugee crisis and offer a proper deterrent not only to those wishing to enter the UK illegally, but importantly the people traffickers wishing to take advantage of those who wish to enter the UK.

Jack raised in the House of Commons:

“Many of my constituents in Stoke-on-Trent South are shocked and angered by the illegal crossings of the English Channel. The integrity of our borders is broken, and my constituents are fed up of seeing people continue to enter the UK illegally. We must act to put an end to the profiteering of criminal people traffickers, for whom illegal routes have become an industry, and we must deter those who seek to make these perilous journeys across the busiest shipping lane in the world in no more than a rubber dinghy.

Clearly, there must be safe routes for those in desperate need. The UK and Stoke-on-Trent have a proud record of helping those in the greatest need, but what my constituents cannot understand is why there should be any need to make illegal journeys to do so: European countries are safe, and those attempting to claim asylum should do so in those countries.

The increased pressures we have seen on the entire immigration system put enormous weight on the few asylum dispersal areas. Stoke-on-Trent has seen one of the highest proportions of refugees in the entire country. I totally recognise the urgent need for these areas to house people, but it cannot continue to fall on a few areas of the country. It is time that other areas of the country step up and do what they should in taking a fair share and contributing, as Stoke-on-Trent has and continues to do.”

“In Stoke-on-Trent, we have done more than almost any other area in giving asylum seekers a home. At the end of 2020, we had the fifth highest rate of asylum seekers per 10,000 of population in the whole UK, housing more than 1,000 asylum seekers. That means that one in every 250 people living in Stoke is now an asylum seeker, and with the certainty of even more illegal entries into the UK on boats, in lorries or through those arriving without visas, places such as Stoke-on-Trent will be pushed to their limit.”

The Government’s main policies within the National and Borders Bill are, increasing the punishment for people smugglers to life sentences, make it a criminal offence to knowingly enter the UK without permission, and make it easier to swiftly remove those who enter the UK illegally.

Over 60 Labour MPs have previously written to the Government outlining their opposition to the removal of foreign national offenders, preferring them to remain in the UK and have supported legal cases to prevent their deportation.