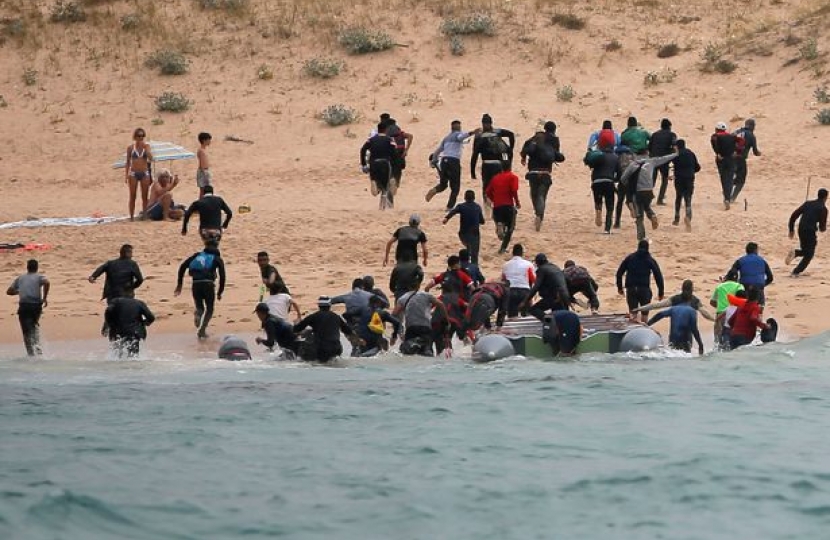 Stoke-on-Trent South MP Jack Brereton today called for an end to illegal migration across the English Channel in a question to the Home Office in the House of Commons.

Mr Brereton outlined that under the international law guiding asylum, asylum seekers must remain in the first safe country they come to. As France is a safe country, no asylum seeker without relatives in the UK would be able to legally come to the UK.

The MP also demanded that asylum seekers here illegally must be deported, in response to examples of lawyers and solicitors fighting to prevent deportation from happening.

“People of Stoke-on-Trent want a fair immigration system, and seeing hundreds of people coming into the country illegally just isn’t acceptable to them, and it’s not acceptable to me.

I will continue to call on the Home Office in the strongest terms to send back any immigrant here illegally, and to stop them coming in the first place”

Chris Philp, Minister at the Home Office, said in response to Jack’s question:

“Those people who wish to claim protection from persecution when they are in Northern France should do so in France. There is no need at all to attempt this dangerous and illegally facilitated crossing”.

Text of Jack’s question:
“People across Stoke-on-Trent are extremely concerned about the amount of people crossing the English Channel illegally. Would my RHF agree that asylum should be claimed in the first safe country, and we should deport those here illegally?”