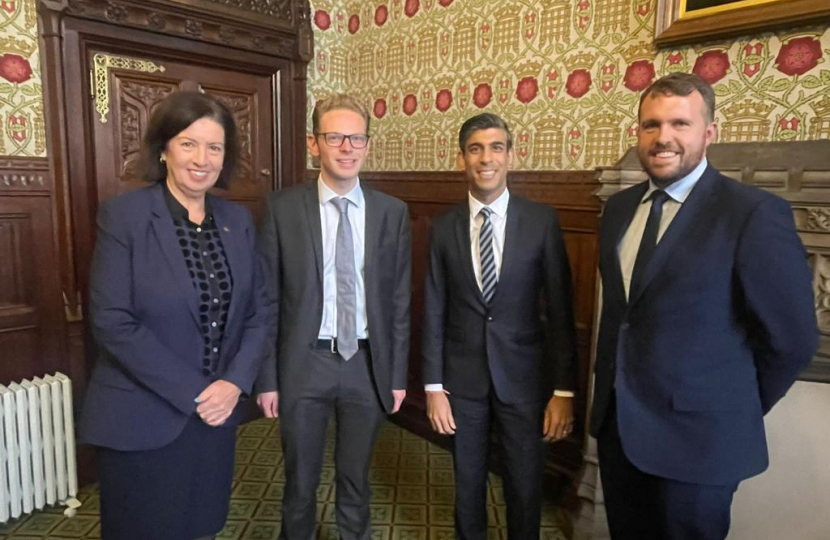 Today, we have heard one of the most amazing Spring Budget statements from the Chancellor, Rishi Sunak. We are all aware of the increases in inflation and the cost of living and the Chancellor’s statement today shows a recognition by government of those challenges.

Globally, inflation has seen the costs of commodities such as oil & gas increase at a fast rate. This is due to the world economies opening back up following the pandemic and sudden high demand. The horrific invasion of Ukraine by Putin’s Russia has also frustrated world supplies massively. Global impacts are now being felt here in Stoke-on-Trent and I know from speaking with residents and businesses locally people are increasingly concerned about the cost of living.

I have been working with colleagues in Westminster to ensure that the Government is aware of concerns of households and businesses in areas like Stoke-on-Trent. The cost of living and inflationary increases have meant more worries about the cost of food and fuel, with businesses facing an economic loss due to high energy prices.

The global situation has reminded us all that the United Kingdom’s security and ability to be a force for good on the world stage is in large part based on the strength of our economy. Last year the UK was the fastest growing economy in the G7 and employment remains remarkably high. It is thanks to the Government’s good management of the economy and public finances that the Chancellor has been able to announce sweeping TAX CUTS.

It is clear that the government has listened to MPs such as me in our calls for more support in helping people keep more of the money they earn. The burden of increasing prices will be helped by cuts such as a £5 billion TAX CUT in fuel duty. The Conservatives have frozen fuel duty for 12 consecutive years since being in power. Now fuel duty will be cut by 5p for 12months making this the largest ever cut in fuel duty. The Household Support Fund is also being doubled to £1 billion which will better enable Councils to support the most vulnerable families.

The tax cuts certainly don’t stop there. This Government is proudly supporting workers but cutting National Insurance meaning a £6 billion TAX CUT for 30 million working people across the country from July worth over £330 a year. This astonishing announcement means that 70% of people will pay less tax even after the health and social care levy. Since being in power the Conservatives have doubled the National Insurance threshold, meaning for the first £12,570 earned people pay zero National Insurance.

Over 30 million workers, savers and pensioners will be pleased to hear that they will receive the first income TAX CUT in 16years. The basic rate of income tax will be cut to 19p from 2024. This is again another huge move in favour of those who are and have worked hard to earn every pound in their pocket.

The Chancellor has outlined support for our hard-working businesses across all industries. The Government set out the conditions it is creating for private sector-led investment through Autumn Budget. TAX CUTS on business capital investment and Research and Development. This means that businesses in areas like Stoke-on-Trent are supported to invest more, helping create more jobs and level up opportunities.

The push for jobs will see a major boost as the Chancellor has announced that the Government will be cutting business employment taxes immediately by raising Employment Allowance to £5,000. This will see a TAX CUT for half a million small businesses worth up to £1,000 per businesses. It is so important that we help our small businesses and grow our high streets. This immediate tax cut will without a doubt be welcomed by many small businesses across Stoke-on-Trent, helping them to take on more skilled people.

It is a very welcome announcement that the cost of energy saving materials like solar will also see a TAX CUT. This cut has only been made possible thanks to Brexit by reversing the EU’s decision to take wind and water turbines out of scope and remove all the complex EU-imposed red tape. This means a £250 million tax cut for energy efficiency. The Prime Minister also announced separately that we will soon be seeing unveiling of a British Energy Security Strategy which will address the needs of energy intensive industries such as ceramics.

“I am proud to be supporting the Government’s Spring Budget. I know many people across Stoke-on-Trent have been feeling the squeeze with increased cost pressures caused by global inflation. I have been repeatedly lobbying for taxes to be reduced on both households and businesses.

I am delighted the Chancellor has listened to these calls today, with wide ranging tax cuts targeted at those who need this support most. Whilst these measures are phenomenal and the support will benefit millions, I will continue to work with colleagues both in Stoke-on-Trent and Westminster to ensure households and businesses receive the support they need.”

“The plan we have announced today has only been possible because we have taken tough decisions with the public finances… It is two years to the day that the country first entered lockdown and suffered the biggest economic shock in over 300 years. An unprecedented collective national effort was undertaken and two years later this Government have not only fixed the public finances, but people are back in jobs, debt is falling and taxes are now being cut.”

Recent global events have made us all aware that our personal financial circumstances are not immune to the outside world. Households and businesses have been hesitant to look forward at the road ahead and in fear of what it may bring. Today’s Spring Budget statement and its many TAX CUTS changes that entirely. The British people have no doubt that we can get through the hard times, but they can now have the confidence that the road ahead looks a lot smoother.

-Chancellors Speech in House of Commons

-More details on the Spring Statement