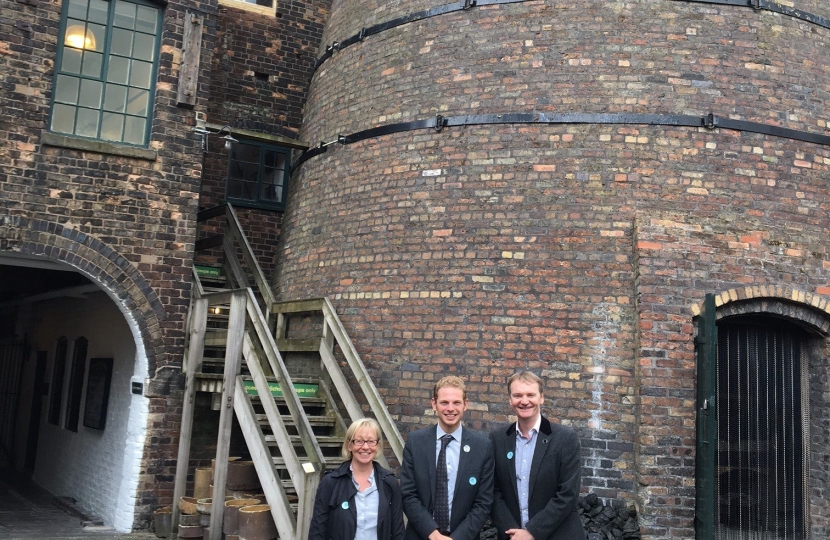 Jack has welcomed Historic England’s decision to designate Longton one of eighteen Heritage Action Zones nationally. Jack wrote to Historic England in the summer to support the City Council’s application for Longton to be made a HAZ.

The Heritage Action Zone will protect important aspects of Longton’s heritage, such as Gladstone Pottery Museum and the Town Hall, and lead to projects to regenerate some of the more neglected but equally important sites throughout the town. In addition, the HAZ will give greater protection to all 46 of Stoke-on-Trent’s remaining bottle kilns.

“Stoke-on-Trent is a city with a strong cultural identity, founded upon our industrial heritage. Longton has historically been a key part of this, having the largest amount of surviving bottle ovens of any town in the city. In addition, Longton Town Hall and Gladstone Pottery Museum serve as fine examples of the wealth of culture in Longton.

“Despite this, Longton's potential has not been fully realised and a number of important buildings are in a poor condition or are now derelict. I am thrilled that Historic England have designated the area a Heritage Action Zone, and I look forward to seeing the improvements to key historic sites in the town.”