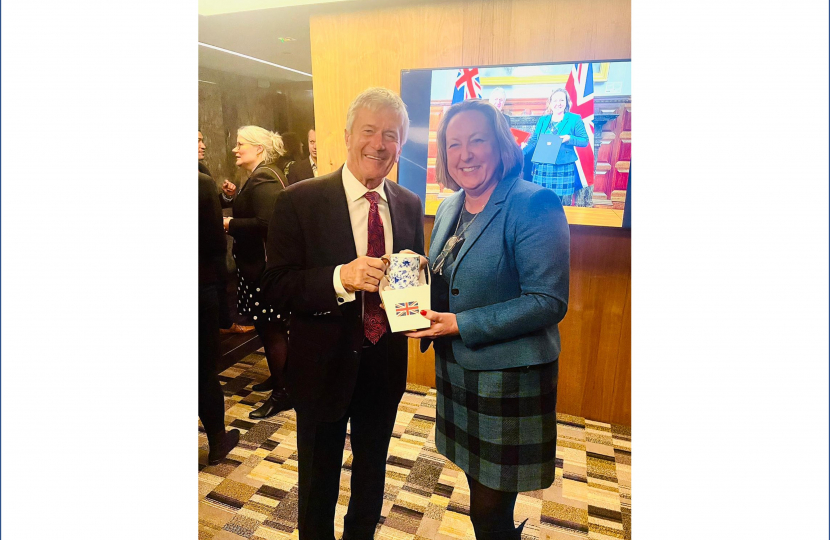 This month UK has signed a far-reaching trade deal with New Zealand that will remove trade barriers on a huge range of UK goods and services and provide new opportunities for British businesses.

The deal has been signed by International Trade Secretary Anne-Marie Trevelyan and New Zealand Minister for Trade and Export Growth Damien O’Connor. After reaching agreement in principle last October negotiators have worked intensely to finalise the agreement.

The UK-New Zealand trade relationship was worth £2.3 billion in 2020 and is now expected to increase by almost 60%, boosting our economy by £800 million and increasing wages across the UK.

Businesses in Stoke-on-Trent will be pleased to hear that under the new deal, tariffs will be eliminated on all UK exports to New Zealand including ceramics which was previously up to 5%. This also includes removing current tariffs of up to 10% on clothing and footwear, 5% on buses and up to 5% on ships, bulldozers and excavators.

Small business owners in Stoke-on-Trent will also be pleased to learn that smaller businesses will find it easier to break into the New Zealand market as a result of modernised customs procedures, such as digital documents and customs clearance as quick as six hours.

To celebrate the signing of the new trade deal, the New Zealand Minister was gifted with a Stoke-on-Trent ceramics mug. This was produced by local ceramics business, Duchess China 1888 and presented by the Secretary of State welcoming the start of a new trading relationship between our two Commonwealth nations.

Other UK benefits include:

“This is another great achievement for Brexit Britain! I know residents in Stoke-on-Trent will be pleased to see the Government winning another trade deal. More excitingly, this trade deal with one of our closest allies was welcomed with one of our very own ceramic mugs.

Stoke-on-Trent is a city that takes pride in our world renown ceramic’s history and our local firms are set to significantly benefit from being able to sell our fantastic products more easily around the world. It gave me a personal feeling of pride to see a piece of Stoke-on-Trent ceramics taking the world stage.”

“This deal will slash red tape, remove all tariffs and make it easier for our services companies to set up and prosper in New Zealand.

“Our trade with New Zealand will soar, benefiting businesses and consumers throughout the UK and helping level up the whole country.

“Like all our new trade deals, it is part of a plan to build a network of trade alliances with the most dynamic parts of the world economy, so we set the UK on a path to future prosperity.”