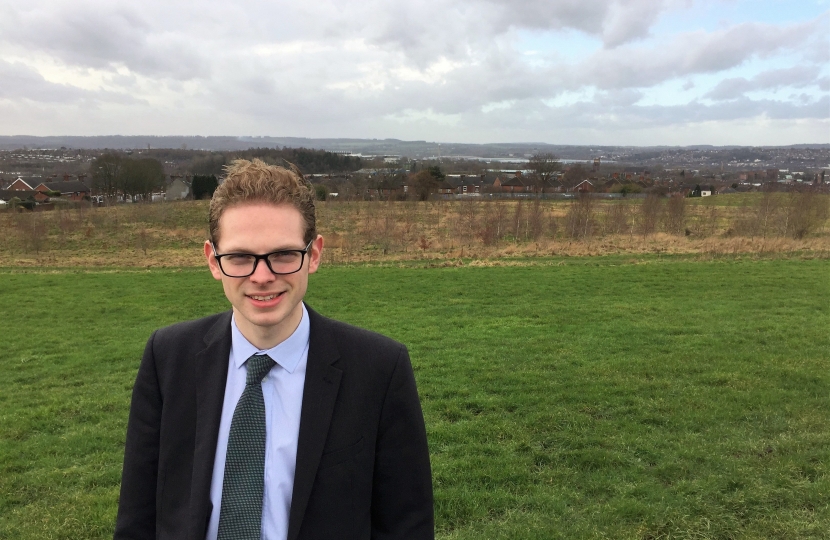 Did you know that Fenton is the largest of the six towns, covering the largest geographic area and a high population living actually in the town? As you can see from the top of Fenpark which boasts some of the best views in the whole city, it is a huge area (see photo). In other words, there is no excuse for people not to stop and experience some of the wonderful things we have here and realise our full potential locally.

We all know the story about how Fenton was forgotten by Arnold Bennett, but let’s forget this slight and focus on the future. Far too many people say to me that Fenton has not had its fair share in the past. I agree, and I am determined Fenton will not be left behind again.

Often flying under the radar, the community of Fenton is one of the most active in the whole city and we have some fantastic volunteers committing their time to give something back. We have organisations and community groups who are helping to transform lives every day and make Fenton a much better place in which to live. I don’t have space to mention them all here, but I just wanted to mention a couple.

One of the most active is Temple Street Methodist Church hosting a whole range of activities including a regular community cafe. Most significantly they have been doing amazing work supporting homeless people locally with their night shelter, helping some of our most vulnerable members of the community get their lives back on track.

We also have charities like the Grocott Centre who I have seen providing dedicated, vital services for vulnerable elderly people and people with a disability locally. The work they are doing is having a huge impact, empowering people and enriching the lives of those using their services.

At the centre, the grand Fenton Town Hall sets the scene for one of our city’s finest squares. Thankfully due to the hard work of the community this building is now saved and is being refurbished sympathetically by Justin Meath Baker, the grandson of its original builder. A whole range of small businesses and organisations as well as a cafe are now housed in the building, helping boost the local area and support local jobs.

In fact, in the Fenton area we have a whole range of fantastic local firms who are experiencing real success and helping the area to improve. From Valentine Clays, who have invested a new site supplying our ceramics producers, to companies like James M Brown who are world leading in the pigment products they produce. We also have the only micro-brewery in Stoke-on-Trent, RAN Ales, a beacon for thirsty Stoke fans and those wanting a good quality ‘flya’ on the way home.

And yet, many who travel through Stoke-on-Trent fail to see the wealth of industries, community and pride about our rich heritage in communities like Fenton. People drive up City Road, down Victoria Road, or along King Street, and too often this all passes them by.

I hope this is finally going to change and people take notice, we are now seeing Fenton prioritised for investment. The market, which has been based for many years on a grim, under-used car park on City Road, is moving to a revitalised Albert Square with the City Council planning investment to make this important location even better. I know some traders have concerns about this and it is important that new parking is provided near to the square. However, the people of Fenton deserve a market which is not stuck on a bit of tarmac; they deserve it to be in what should be the heart of the town centre.

They deserve better housing, too. Work is already well underway on the new Queen Elizabeth II (QEII) Court sheltered housing scheme. I am thrilled that the City Council is going to spend £28.7 million on new houses along City Road, with family homes, flats for the elderly, and apartments due to be built, all on brownfield sites. That is more money than is being spent on any other town outside the city centre.

On top of this, ‘Fenton in Flower’ is going to become the second Stoke-on-Trent town – after ‘Bloomin’ Longton’ – to enter RHS Britain in Bloom. What better way is there of boosting the town than by showcasing in its public spaces what great, dedicated people there are here.

Fenton is not just a space between Stoke and Longton to drive through. There is already so much going on. With the community already working hard together, and a deserved boost of investment from the City Council, we can turn Arnold Bennett’s decision to miss out Fenton from an insult, to a laughable mistake.

This article appeared originally in The Sentinel, 11th February 2019